A factoid is a snippet of information (usually taken out of context) that's assumed to be factual because it's repeated often. A favorite pop-psychology factoid, repeated in textbooks and popular media, is that human short-term memory is limited to 7, plus or minus 2, items (called "chunks"). While there is some truth to it, this factoid offers little as a pedagogical tool beyond stressing the need to break problems into manageable chunks for novices. The full story behind the "magic" number seven, however, provides a fascinating look into Psychology's quest to understand the differences between experts and novices.

The number seven, called "Miller's Magic Number," comes from a 1956 article by the psychologist George A. Miller title "The Magical Number Seven, Plus or Minus Two: Some Limits on Our Capacity for Processing Information." In this celebrated and highly-readable article, Miller considers two kinds of situations:

In the first kind of situation, called absolute judgement, subjects are exposed to a stimulus that varies along a single dimension, such as the pitch of a tone, the green-ness of a color, or the concentration of salt in a cup of water. Across many different kinds of stimuli, people can consistently distinguish about six distinct stimulus levels without making mistakes.

The second kind of situation is used to measure the span of immediate memory. Here, the subject must retain a select number of chunks in their short-term memory, and recall as many items as possible at the end of a trial. Across a handful of simple domains, such as decimal digits, letters of the alphabet, and monosyllabic words, people are able to hold anywhere from five to nine chunks in short-term without making mistakes. While it is tempting to assume that the limits of absolute judgement and immediate memory are related, Miller did not believe this to be the case.

The Game of Simon

A helpful way to understand the difference between absolute judgement and immediate memory span is with the electronic game Simon by Milton Bradley. This simple game device has four colored buttons, each associated with a distinct tone. In each round, Simon plays a sequence of tones, and the player must repeat the sequence back by pressing the appropriate buttons. The game gets progressively harder as the length of the sequence grows. 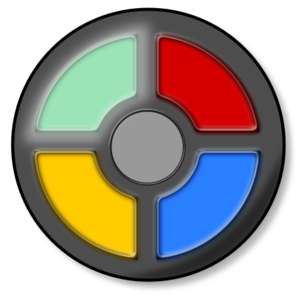 A player is exercising absolute judgement when distinguishing between Simon's tones. The number of distinct tones is fixed at four, well within a safe "no mistakes" range for most people. Simon's increasing sequence length, however, is meant to strain immediate memory capacity. Based on Miller's article, one would expect it to be quite difficult for players to repeat back a sequence of nine or more tones, yet expert players have managed nearly ten times that. How are they able to do this?

Shortcomings of the Magic Number

The span of short-term memory as reported by Miller in 1956 (7 ± 2 chunks) is where the pop-psychology factoid usually stops. Since that time, however, researchers have cast doubt on the magic number itself as well as its cross-domain applicability. Research with chess experts, for example, has suggested a span limit of 3 to 5 chunks; nearly half the magic number! In the domain of language, it has been found that phonological similarity and spoken word length are much better predictors of how many words a person can hold in short-term memory (less-similar and longer words are harder to retain). Things have even changed for absolute judgement: subjects in one experiment were only able to distinguish about 7 colors until they were given a broader vocabulary (i.e., "pale blueish green"). With little training, they were then able to discriminate around 36 colors.

What does it mean for short-term memory to have a limited capacity in the first place? A key insight is that traditional means of measuring absolute judgement and short-term memory span require blocking recoding -- the process of grouping or relating chunks. To block recoding, experimenters must use non-sensical or unrelated stimuli, such as made-up words or random decimal digits. Under these artificial conditions, we see something resembling a strict capacity limit, but this limit increases or even seems to disappear when subjects are able to find some higher-order meaning in the stimuli. For example, one famous subject in a random decimal digit memorization experiment found he could remember more digits at a time by mentally recoding them as mile times (he was an avid runner).

In the real world, people are constantly recoding stimuli. Because of this, it is difficult to define precisely what a "chunk" is. Cross-domain research with experts suggests that they retain the same short-term capacity limits as novices, but the content of their chunks is far greater. In addition to denser chunks, experts have invested in building intricate networks of chunks in their long-term memories, ensuring that relevant chunks are always readily available. As Miller and many psychologists since have shown, recoding is truly where the action lies. 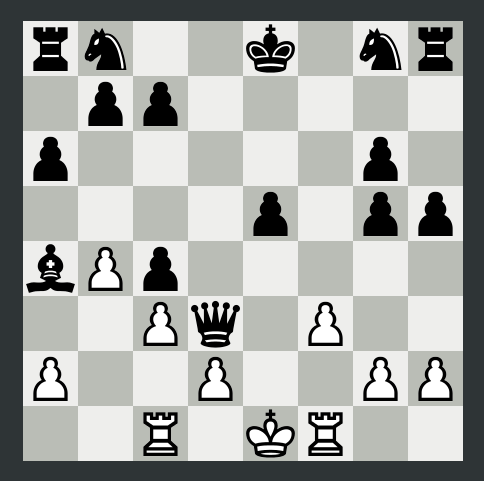 If stimuli can be recoded relative to one's background knowledge, then using Miller's magic number alone to judge the cognitive burden of something may or may not be helpful. When the chunk sizes are known, it becomes possible to use short-term capacity limits as a predictor of cognitive burden and complexity. In an ingenious experiment with chess players, subjects were asked to copy the positions of all pieces from one chessboard to another. By placing the boards far apart, subjects were forced to turn their heads to focus on either board.

The experimenters were thus able to use the number of piece positions copied on every turn as an estimate of the subjects' chunk size, and were able to show that the performance difference between grand masters and novices was slim when random board positions were used. A similar experiment was done with programmers copying code by hand, and the same kind of results were found (experts were no better at remember code with shuffled lines than novices).

Miller's magic number is a fun factoid, but it is only the beginning. In the search for a fixed short-term memory limit, we have found something much more interesting: an understanding of domain expertise. Experts do not exceed the limitations of the average human mind, they have "simply" built a vast, complex network of domain-specific chunks that allows them to rarely end up in unfamiliar territory. We can still see experts' capacity limits in the lab, but they are much more difficult to spot in the wild.